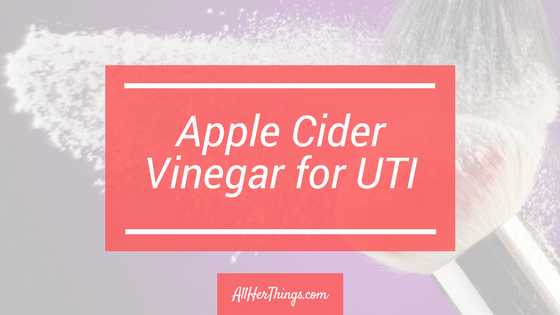 A urinary tract infection (UTI) is a type of infection that affects the bladder, ureter, urethra, and/or the kidneys. This condition is common, affecting millions of people across the globe. It is important to have it treated by a highly-qualified physician. Apart from taking prescribed medications, you may also consider natural remedies. The most popular natural remedy for UTI is apple cider vinegar.

Reasons why ACV is effective for UTI

It works great as an antioxidant

Apple cider vinegar can reduce the amount of oxidative stress found in the body. An increased amount may result in infections, weakening the immune system and worsening the existing health issues. Studies have found that apple cider vinegar contains chlorogenic acid, a chemical that works as potent antioxidants. Drinking it can help reduce the oxidative stress inside the body and boost the immune system to fight off infections.

It has anti-inflammatory properties

The symptoms can worsen when the inflammation is not treated immediately. Most prescribed medications are designed to reduce the compounds present in the body that cause the inflammation. Apple cider vinegar is packed with numerous anti-inflammatory compounds, including the chlorogenic acid. It was found that chlorogenic acid can fight off interleukins, cytokines, and cyclooxygenases.

It encourages growth of probiotic bacteria

Urinary tract infections are caused by the growth of bad bacteria. Infections occur when bad bacteria grow in number and beat the good ones inside the body. One of the roles of apple cider vinegar in helping treat UTI is to promote the growth of good bacteria. ACV is rich in pectin, a plant-based fiber commonly found in apples that promotes probiotic growth.

It blocks bacteria that causes infection

Apple cider vinegar contains, of course, vinegar. It also means that it has acetic acid, which is not that strong but is effective in fighting off infection-causing bacteria. Scientists have found that the acetic acid has antibacterial effects. This acid controls the production of E.Coli, which is currently one of the most common form of bacteria that can cause UTI.

Studies revealed that the acetic acid can reduce E.Coli production by up to 50 percent. Acetic acid effectively fights off bacterial infections for two reasons: first, it can block the nutrient synthesis in the bacteria; and second, it creates an acidic environment in the body to reduce bacterial growth.

It restores your body’s pH balance

Apple cider vinegar has natural acids that are alkaline-yielding. These acids help restore the body’s pH balance, improving the immune system to combat infections. Maintaining pH balance is important when treating UTI because issues are more likely to occur when the body is overly alkaline or acidic. The body works best when it has a pH level of 7, which you can easily achieve by including ACV in your diet. In addition, this vinegar helps wipe out bad bacteria in the urinary tract in just days.

It can be taken in various ways

Apple cider vinegar can be used to treat UTI in various ways. You can make a salad dressing with it or create a delicious cocktail drink. An easier way to take ACV is to infuse it with water, or add into your evening bath.

ACV can also be mixed with baking soda and water to relieve pain when urinating. However, make sure not to drink the mixture for a long time as baking soda contains too much sodium and can be harmful to the health when taken in excess. Other great ideas include taking it as a food additive, drinking it as tea, or using it as a genital wash (by mixing it with tea tree oil). You are free to choose which method will best work for you.

It fights against yeast growth

Many people suffer from yeast overgrowth. Apple cider vinegar is said to help combat this problem. Studies show that the enzymes and acid present in this vinegar can help kill the yeast in the body.

People with severe yeast problems may feel uncomfortable during the first ACV intake. This is due to the body’s natural reaction with yeast overgrowth, where it struggles to get rid of the toxins, but not fast enough. It is a good, but uncomfortable, sign. Simply take diluted ACV before every meal or twice daily. It is best consumed on an empty stomach. 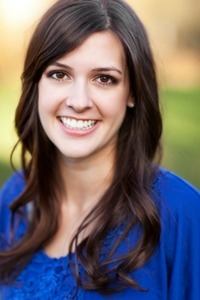 My name is Sophia and I LOVE keeping up with and discovering new beauty, health, fashion, lifestyle, and hair trends. You'll find quality product reviews as well as helpful how-to advice from me and other experts. Being a woman is tough sometimes, and my goal is to bring you the tips and information you need to make informed decisions, plus have some fun doing it!